number of products: 4
Sale New in
Add to compare

Lanqier is a footwear brand derived from the Gorzów-based company HBH. Lanqier has been promoted in the footwear market for 12 years and has already established itself in a satisfactory position. Lanqier shoes are a great way to stand out from the crowd. Designers have made every effort to ensure that the offered footwear is fashionable, looks nice on the foot and attracts the eye with its original design. Observation of the current and frequently changing trends makes Lanqier shoes a fashionable look every season. 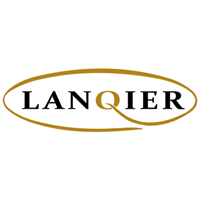